Yesterday, as you know, was Mother’s Day. A week earlier was the second-annual March for Moms on the National Mall in Washington, DC. The proximity of the event to Mother’s Day was intentional.

For several hours on Sunday afternoon, speakers shared their own accounts with near-death experiences or the death of a loved one due to pregnancy-related causes. Several people from AWHONN’s office attended. You may have seen some of the social media posts.

The stories are heart wrenching. I find myself wishing Congress would take action on Maternal Health Accountability Act and the Preventing Maternal Deaths Act so that we can make progress on reversing the rising maternal morality trend so no more stories of maternal deaths will have to be told on the National Mall. If you haven’t yet done so, please call your Senators and Representative and ask them to support S. 1112 and H.R. 1318. And, if they have already cosponsored these bills, a thank-you call is always appreciated. Your call can make a difference.

Budget and Appropriations
President Donald Trump’s Office of Management and Budget has sent to Congress a request to rescind $15.4 billion in appropriated funds. The request must be approved by Congress, which has 45 days to do so. Authorization for federal agencies to spend the money is on hold until either the 45 days run out or Congress takes a vote on the request. The largest single area the president asks to rescind is $7.0 billion from the Children’s Health Insurance Program–with $5.1 billion from unspent Fiscal Year 2017 funds that can no longer be spent and the remainder from a contingency account which likely will not be used.

The staff director expressed that she does not expect large increases for public health and health research programs–especially with a $500 million hole created by the expiration of 21st Century Cures money for opioids. The Senate will be begin marking up bills at the end of this month–starting with non-controversial bills such as Subcommittee on Agriculture, Rural Development, Food and Drug Administration, and Related Agencies. The Labor, HHS, Education bill will likely be marked up toward the end of June.

Briefings and Hearings
The Senate Subcommittee on Labor, Health and Human Services, Education and Related Agencies held a hearing May 10 with Secretary Alex Azar on the Department’s the Fiscal Year 2019 budget request. 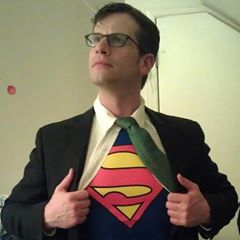 Sign up to get AWHONN Legislative Update delivered directly to your inbox every Monday when Congress is in session by sending an email to [email protected].

Sign up to get AWHONN Legislative Update delivered directly to your inbox every Monday when Congress is in session by sending an email to [email protected].