There is no doubt that human milk provides species specific nutrition for the optimal growth and development of all infants, including the vulnerable hospitalized preterm infant. 1,2 Since time began, mothers have supported mothers in providing this optimal source of nutrition but evidence is strong that human milk contains much more than nutrition for the infant’s well-being.3 Despite global efforts to provide infants worldwide with this basic human right resource, no country on earth meets the minimum support for breastfeeding.4  In 2004, Labbock et al., cited a key issue limiting the global acceptance of human milk- social and commercial pressures- that still holds true today and is relevant to current donor milk donation and utilization.5

When a mother is unable to provide enough milk for her own infant’s needs, then donor milk is the next best option. There are basically two business models for human donor milk bank operations; not-for-profit and for-profit. Both models provide safe, processed donor milk for infant consumption. One of the differences lies in the human species-specific properties retained post-processing procedures. The Human Milk Banking Association of North America (HMBANA) is a professional association that supports non profit milk banks by  providing its members with standardized guidelines to screen donors, and process and distribute human milk.6 The for-profit milk banks utilize different, but safe, milk processing procedures, yet the end milk product produced by each contains significantly different human bioactive milk immune and metabolic components. HMBANA milk banks utilize holder pasteurization (milk is heated to 62.5°C for 30 minutes then rapidly cooled to 4°C) whereas for-profit milk banks utilize high vat pasteurization (milk is heated to 63°C ≥ 30 minutes), and  sterilization (milk is heated to 121°C for 5 minutes at 15 pounds per square inch). This sterilization process renders significantly less human species concentrations of protein, fat, immune components, and oligosaccharides.7 Donor mothers will benefit from knowing  this information to make informed decisions about where to donate their milk.

Another social and commercial pressure is the monetary compensation for donating milk . Donor mothers should know the differences in processing fees between non-profit and for-profit milk banks. A mission of HMBANA milk banks is to contain processing costs so that donor milk can be equitably distributed. One mechanism to contain costs is to not offer monetary compensation for milk donations.  For-profit milk banks offer monetary compensation which is then passed on to the consumer resulting in higher prices for donor milk. Guiding principles to determine whether or not a donor of a biological product can be offered compensation is outlined in an international statement developed by the convention of the Council of Europe   ; only those products created using patents can be distributed for commercial profit.8 This guidance protects for-profit milk banking companies. Donor mothers have the right to know how their milk will be processed and sold.

HMBANA mentors those who are developing milk banks in areas where improvement in breastfeeding support is needed. To learn more about how to become a HMBANA- developing milk bank  visit www.hmbana.org . The Mothers’ Milk Bank of Louisiana, a developing milk bank member of HMBANA, would like to express sincere gratitude for the guidance of our mentor bank, the Mothers’ Milk Bank at Austin under the leadership of Kim Updegrove, Executive Director, as well as HMBANA guidance documents. August is National Breastfeeding Month. Let’s join together to honor all donor mothers for their lifesaving donation of miracle milk and pledge to inform and enlighten them of the invaluable impact of their milk donation decisions.

8.            Council of Europe. Convention for the Protection of Human Rights and Dignity of the Human Being with Regard to the Application of Biology and Medicine: Convention on Human Rights and Biomedicine. Treaty No.164. 1997; http://conventions.coe.int/Treaty/en/Treaties/html/164.htm. Accessed July 27th, 2017. 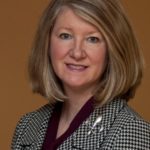 Shelley Thibeau, PhD, RNC, is the Director of the developing Mothers’ Milk Bank of Louisiana. As a NICU nurse for 38 years, her interest in breastmilk has expanded to exploring breastmilk immunology associated with preterm infant health.